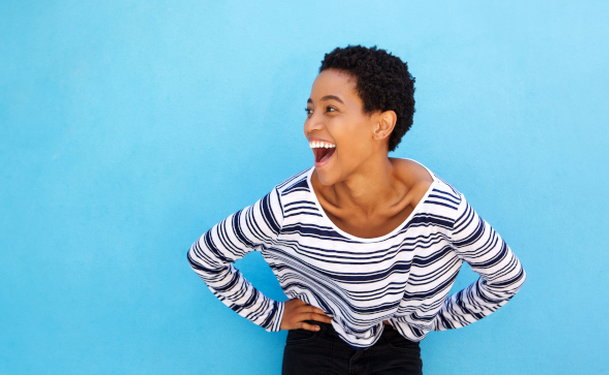 Capsular contracture is one of the most common complications after breast augmentation surgery. Your body’s normal response to the surgical placement of a breast implant is to form a contiguous scar around the implant capsule. Sometimes, however, the response is too aggressive, causing the capsule to tighten and squeeze the implant so that it is hard and rests high on the chest.

Capsular contraction can't always be prevented, but it doesn't mean you can't take these steps to better your odds.

What is capsular contracture?

Capsular contracture is an abnormal response to chronic inflammation, causing a buildup and tightening of collagen fibers in the scar capsule, as well as the formation of an abnormal cell called a myofibroblast, which can both produce collagen and contract like a muscle cell. This causes gradual deformation of the breast implant as it is constricted into a smaller space, with greater apparent firmness. This problem can be subtle, causing minimal changes to appearance and firmness; or severe, with significant implant deformation, migration, and hardness. It can be progressive over a period of months, stabilize, or even regress.

Although there is no way to completely eliminate capsular contracture, there are many steps in the process of breast augmentation surgery that can be modified to limit your risk.

Most studies have shown that larger implants that overstretch the soft tissue envelope put women at higher risk of capsular contracture. Additionally, improperly sized implants definitely increase the risk of excessive tissue stretch and thinning, leading to palpable and/or visible rippling, as well as implant malposition. Biodimensional analysis of the breast and chest wall has led to an objective and reproducible method of choosing implant size that will help limit excessive tissue stretch and capsular contracture.

2. Weigh the pros and cons of implant textures

When placed over the pectoralis muscle, implants with shells that have been texturized have a clear and definitive decreased incidence of capsular contracture compared to implants with smooth wall shells. However, it has been more difficult to demonstrate this when implants are placed below the muscle. Although texturized implants have the potential of more palpable rippling with either saline or silicone gel implants, the new form stable, anatomically-shaped ‘gummy bear’ implants (which are all texturized), ripple the least of all implants. In FDA approval studies, these new implants have the lowest risk of capsular contracture.

Incision placement is crucial. Data is very clear and convincing coming from individual surgeons looking back over a long period of their career that the incision with the lowest risk of capsular contracture is the inframammary incision. The incision with the highest risk is the periareolar or nipple incision—in between is the axillary or armpit incision. This makes sense from an anatomical standpoint.

The periareolar incision forces the surgeon to divide central breast tissue that contains an abundant amount of milk ducts, which are colonized with bacteria like the skin, leading to a higher likelihood of implant contamination. The axillary incision requires more and longer instruments, many of which are taken in and out of the incision prior to implant delivery. This, in turn, increases the risk of implant contamination. The inframammary fold incision allows the surgeon to go quickly from the skin to under the muscle using two relatively short instruments that don’t need to be removed and replaced during the surgery. The inframammary incision allows the surgeon to avoid both milk ducts as well as apocrine sweat glands, which are traversed through axillary incisions and may also be a source of bacteria.

Capsular contracture is more common when implants are placed above the pectoralis muscle, a phenomenon known for decades. Although much speculation has been made, including the concept of implants getting ‘massaged’ by the muscle and thereby decreasing contracture risk, we now know it is most likely a reduction in bacterial exposure when implants are placed in the subpectoral position.

A third option of ‘subfascial’ placement of the implant has become better known. It relies on the creation of an implant pocket that is just under the outer covering of the pectoralis muscle. This fascial covering is wispy thin, surgically difficult to elevate off the muscle in one piece, and provides no additional tissue to buffer the implant from the outside world. There have been no studies to indicate that subfascial implants enjoy the lower rates of capsular contracture as subpectoral implants, and they definitely don’t conceal rippling either.

Although more technical and difficult to understand from a patient’s perspective, precise and meticulous surgery using a device known as an electrocautery makes a bloodless pocket that has minimal collateral damage to the surrounding tissues. This is important because the healthier and ‘dryer’ (devoid of blood or bleeding) the pocket, the less habitable an environment it is for bacteria.

After a pocket has been created, but before implant insertion, a formula of three antibiotics in saline mixed with Betadine, a surgical skin prep, has been shown to lower rates of capsular contracture.

The most ‘dangerous’ time for the implant is when it is inserted. This is the time that it is most likely to be injured or come into contact with bacteria, either directly from the skin or from another source that has already been contaminated (i.e. the surgeon’s gloves, instruments, or drapes). Reports of very low capsular contracture came from surgeons who had a method of ‘no touch’ delivery of the implant, which usually involved the use of sterile plastic or paper wrappers as barriers between the implant and the rest of the surgical field. Today, there is a purpose-built funnel or sleeve that allows easy delivery of the implants without any inadvertent contact with aforementioned objects or skin.

7. Finalization of the procedure

Frequently, after insertion of the implants, adjustments need to be made to the pockets to get the best symmetry possible. It is very important that a second set of new gloves and instruments be used to make these adjustments (all electrocautery) to the pocket.

Once implants have been placed and the patient has healed, they are still at risk of bacterial contamination of their implants, in the same way that any patient who has a medical device in their body. Any superficial infections, including tooth, nail, or skin infections, should be promptly treated with antibiotics. Additionally, anytime an elective procedure is planned that is not a sterile procedure, a one-time dose of antibiotics should be given prior. This would include dental procedures, Pap smears, and colonoscopies or rectal procedures. Although there is little data to guide the surgeon, antibiotic prophylaxis should be maintained for at least the first year, and possibly indefinitely.

You've heard from Dr. Minniti, now you can hear from other board-certified plastic surgeons and get their opinions on how to reduce your risk of capsular contracture. Just drop a question in our "Ask a Surgeon" Q&A forum, then sit back and let them reply.

Have specific questions?
ASK A DOCTOR See more Before and After Photos
Select Location
Popular Cities

Sorry, there are no matching doctors in your area
Please choose a different location
FEATURED